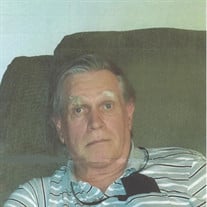 Thomas R. “Tom” Mahaffey passed away April 24, 2021 after an extended illness. He was born in New Brighton PA on March 11, 1947, the son of the late Bernard and Deloris Mahaffey. He served 6 years in the US Navy with a tour of duty in Vietnam and was honorably discharged in 1970. He was a reserve police officer with the city of Mantua, NJ for a number of years before becoming an electrical engineer and moving to SC. He retired from MSD Inc., as Dir. Of Engineering after 33 years of service. Before his illness, he enjoyed golfing, bowling, and woodwork. He is survived by his loving wife of 30 years, Pamela W. Mahaffey. One daughter, Katheryn (Rob) Conley of Woodbury Heights, NJ, a step-son, Andy Windham and a step-daughter, Tracy Windham both of Lamar, SC; one granddaughter, Angela Conley of Woodbury Heights, NJ. Four brothers, Frank (Betty) Mahaffey of Kissimmee, Fl, Jim (Sherry) Mahaffey of Deer Park, WA, Michael Mahaffey of Indian Head, MD, and Bernard (Elaine) Mahaffey of Sho Low, AZ, and many nieces and nephews. He was predeceased by a sister, Joan M. Hartly. The family would like to thank McLeod Hospital, MICU, McLeod Orthopedics and numerous other doctors and nurses that took excellent care of Mr. Mahaffey during his illness. Private graveside services will be held at Florence National Cemetery with full military rites. Please sign the tribute wall and send messages for the family at www.stoudenmiredowling.com.

The family of Thomas R. Mahaffey created this Life Tributes page to make it easy to share your memories.

Send flowers to the Mahaffey family.