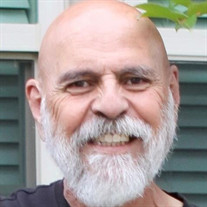 Humberto Ontiveros, 71, of Indian Land, South Carolina, passed away Wednesday, September 29, 2021. Born in Tecate, Baja California, Mexico, on August 18, 1950, he moved to California in the 1960s. He lived in the Los Angeles area where he met his future wife, Tien, and they married June 30, 1984. Humberto, Tien, and their two children moved to Charlotte, North Carolina in 2001. The family remained in the area until his passing. After a long career working in various trade roles and warehouses, Humberto settled into a position at Cato Coporation’s merchandise warehouse, where he worked until he retired. Humberto was a lover of music, especially jazz. As a young man, he was part of the Los Angeles music scene where he played bass guitar with his rock band, Topo. Humberto kept an extensive record collection. In his retirement he enjoyed listening to both old favorites and discovering new music on YouTube. What Humberto’s family remembers most is his humor, often laced with sarcasm, his loving nature, and what a hard worker he was. He enjoyed the simple things in life, and was always there to lend a hand to friends and neighbors. Although sometimes stubborn, he was a loving father and husband. Humberto is survived by his wife, Tien Ontiveros, his children Humberto Valenzuela, Rosa Valenzuela (Camilo Renteria), Kara Ontiveros, and Andrew Ontiveros; sister Beatriz Ontiveros; nephew and niece Albert Romero (Cyndi) and Michelle Romero (Randy DeVol); grandchildren Alex, Zoe, Rosario, Christopher, Abraham, and Sebastian; great-grandchildren and many beloved cousins. He is preceded in death by his father Refugio Ontiveros, mother Pascuala Garcia, and brother Victor. An outdoor memorial service will be held, Friday, October 8, 2021 at 11:00 AM at Harrison United Methodist Church in Pineville, North Carolina. Short reception to follow. The family requests that masks be worn at both the service and the reception. If deciding to provide a gift, in lieu of flowers, please consider a donation to American Forests: https://give.americanforests.org/ways-to-give/memorial-gift-trees/

Humberto Ontiveros, 71, of Indian Land, South Carolina, passed away Wednesday, September 29, 2021. Born in Tecate, Baja California, Mexico, on August 18, 1950, he moved to California in the 1960s. He lived in the Los Angeles area where he met... View Obituary & Service Information

The family of Humberto Ontiveros created this Life Tributes page to make it easy to share your memories.

Send flowers to the Ontiveros family.