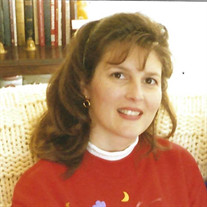 Martha (Marty) Wright Bird Riley, 57, of Effingham died February 15, 2021, after a nine-month battle with cancer. She and her husband, Danny Bazil Riley, lived on the family farm next to her parents, Richard Spenser Bird and Martha Rose Cain Bird. She is survived by two brothers, Richard Spenser Bird, Jr. (daughters, Rachel, 16 and Audrey 14) and Paul Dickinson Bird (wife, Denise) as well as her two stepchildren, Porter Hampton Riley 30, and Elliot Lauren Riley 27. Marty grew up in Tucker, Georgia, moved to Mill Springs, North Carolina for several years. She then relocated to Effingham to work for the Florence Economic Development Corporation. Marty later took a job with McLeod Regional Medical Center as the Executive Director of the Palmetto Community Health Network. In 2004 she and her husband opened Magnolia Gallery, an art gallery that represented twenty-six of the best wildlife artists from around the country; including her husband who was working as a metal sculptor. She was awarded Business of the Year, and several other accolades. Marty was a woman of deep Christian Faith and found that even in the weeks and months of her immense pain and suffering it was an opportunity for her to be an example of how a competent confident Christian can suffer with grace knowing that God will never leave her or forsake her. She was a true champion, and many people were drawn to her and then to God because of her resounding faith. She was loved by many and will be sorely missed. A Memorial Service will be held at Tabernacle United Methodist Church on Francis Marion Road at 2:30 pm this Saturday. In lieu of flowers, it was Marty’s hope that donations be made to either: Heifer International, heifer.org, or the American Cancer Society, cancer.org. Please sign the tribute wall for the family at www.stoudenmiredowling.com.

Martha (Marty) Wright Bird Riley, 57, of Effingham died February 15, 2021, after a nine-month battle with cancer. She and her husband, Danny Bazil Riley, lived on the family farm next to her parents, Richard Spenser Bird and Martha Rose Cain... View Obituary & Service Information

The family of Martha "Marty" Wright Bird Riley created this Life Tributes page to make it easy to share your memories.

Send flowers to the Riley family.