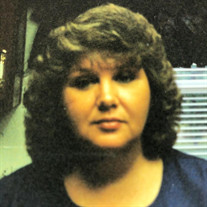 Joyce Ann (Cain) Kennedy, 72, of Effingham, SC, passed away on Tuesday, June 22, 2021. Mrs. Kennedy was born a daughter of the late Mildred Louise (Elliott) Cain and Hardy Cain. In addition to her parents, she is predeceased by her... View Obituary & Service Information

The family of Joyce Ann Cain Kennedy created this Life Tributes page to make it easy to share your memories.

Send flowers to the Kennedy family.