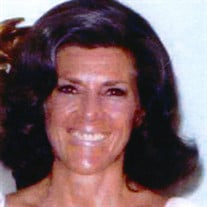 Jeannette Sophia Carroway Ruby, 87, of Florence, passed away on Thursday, February 3, 2022. Mrs. Ruby was born in the New Hope Community of Coward, SC on September 16, 1934, a daughter of the late Heyward Leroy Carroway and Pearl Lillian Allen Carroway. She attended Florence County Public Schools and graduated from McClenaghan High School. After attending Furman University, she moved to New York and later settled in the Washington, DC area where she was employed at an architectural firm. She was married to William Nevon Ruby, who was a successful businessman and entrepreneur until his death in 1996. They were lifelong members of the congressional country club and were fortunate enough to travel the world. After her husband’s death, she returned to the Florence area and lived the remainder of her life. She will be forever remembered for her unconditional kindness, compassion, and generosity to others, as well as her lifelong commitment to sharing her love with her feline and canine family that she referred to as her children. She was relentless in finding safe havens for many homeless cats and dogs, and hundreds more benefited from her compassion by providing food and shelter for those in need, no matter the location, time of day, or weather. She was truly a beautiful person inward and outward. She deeply loved her parents and her only sibling, her sister, Betty C. McLamb. Having made a public profession of her faith in Christ, she has now rejoined her mother and father in God’s kingdom. She was preceded in death by her parents, and husband, William Nevon Ruby. Surviving are her sister, Betty C. (Jerry) McLamb of Simpsonville, SC; nieces and nephews, Kyle D. McLamb, Jerry S. McLamb, Jr., both of Florence, Mark S. McLamb of Simpsonville, SC, Michael K. McLamb of McKinney, TX, and Shannon Muenks of Greer, SC; and a number of other extended family members that she deeply loved. Memorials may be made to the Florence County Humane Society in her honor, PO Box 4808, Florence, SC 29502. Private services will be held at Mount Hope Cemetery.

The family of Jeannette Sophia Carroway Ruby created this Life Tributes page to make it easy to share your memories.

Send flowers to the Ruby family.