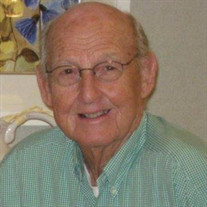 James “Jim” Clifton Casey of Florence, South Carolina, passed away peacefully at home on June 6, 2021, surrounded by his loving family. Jim was born in Kinston, North Carolina, to the late Julius Paul Casey and Beulah Gooding Casey. He grew up working the fields of his parent’s farm, where he learned the value and pride of a hard day’s work. Later, he would graduate from Grainger High School, attend Campbell University, and subsequently graduate from Wake Forest University. During his lifetime, he held numerous leadership positions in both charitable and professional organizations. He would go on to retire, after 38 years of loyal service, from Carolina Power & Light Company (Duke Energy) as marketing manager of their Southern Division. While working for the company in various cities across the Pee Dee, it was in Marion that the Marion Rotary Club named him their “Citizen of the Year.” He was a longtime Florence area advisory board member to the Florence Salvation Army and was presented a lifetime membership to the board – an honor reserved for just two members in the Pee Dee region. He was also a Gideon where he served in several positions for the Florence East Camp, one of which was chairperson of Bible Distribution. Jim had a tremendous passion for spreading the gospel of Christ and he believed that distributing God’s word was an important key to that end. Throughout his lifetime, he was a very active and engaged member of the various churches in the communities in which he and his family resided. He was a member of Cornerstone Baptist for the last 18 years (since its inception). Prior to Cornerstone, he was a member and deacon at both First Baptist Church of Florence and Marion Baptist Church. His hobbies included rooting and growing plants for his yard, and making treasured memories with his family and friends at his Sunset Beach home in North Carolina. He also enjoyed watching Atlanta Braves baseball games and pulling for his Wake Forest Demon Deacons. However, Jim’s greatest love was for Christ, as so consistently demonstrated through his love for his wife, children, grandchildren, extended family, and friends. He is survived by his wife of 68 years, Ann Stanley Casey, two children Kelvie (Michael) Reese of Florence, Cliff (Cindy) Casey, of Mt. Pleasant, S.C., four grandchildren, Sgt. 1st Class Bryce (Ashley) Reese of Columbus, GA, Meredith Reese (Taylor) Kirk of Columbia, S.C., Collin Casey of Mt. Pleasant, S.C., Caitlin Casey of Mt. Pleasant, S.C., and special beloved family member, Betty Lawson of Lumberton, N.C. Many nieces and nephews also survive him. Besides his parents, he is predeceased by his sisters and their husbands, Anne (Earl) Laughinghouse, Virginia (Jim) Beckham), and his brother Bob (Helen) Casey. In lieu of flowers, the family requests that any donations be sent to the following organizations: • Salvation Army at 2210 Hoffmeyer Road, Florence, SC 29501 • The Gideons International at P.O. Box 140800, Nashville, TN 37214-0800 • Cornerstone Baptist Church at 2930 Masters Way, Darlington, SC 29532 The family acknowledges with heartfelt and loving thanks the assistance of Mcleod Hospice and Comfort Keepers Jim’s care is entrusted to Stoudenmire-Dowling Funeral Home Funeral services will be held at 11:00 AM on Wednesday, June 9, 2021, at Mount Hope Mausoleum Chapel. The family will receive friends following the service at the Mausoleum. Please sign the tribute wall and send messages for the family at www.stoudenmiredowling.com.

The family of James "Jim" Clifton Casey created this Life Tributes page to make it easy to share your memories.

Send flowers to the Casey family.