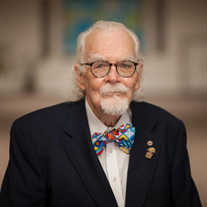 Dr. Al Boyce Harley, Jr. of Florence, passed away Friday, July 31, 2020, at his residence surrounded by his family. Dr. Harley was born in Sylvania, GA, a son of the late Al Boyce Harley, Sr. and Bertie Flythe Harley. He earned his B.S. Degree from the Citadel in 1955 and was in the ROTC Program at the Citadel from 1951 – 1955. He earned his M.D. from the Medical University of South Carolina in 1959. From 1955 -1965, he served in the Army Medical Corps. He was Chief of Neuropsychiatry: Third Army Headquarters, Atlanta, GA from 1963-1965. Dr. Harley was awarded the National Defense Medal of the United States Daughters of the Confederacy for services during the Vietnam Conflict in 1997. He was the recipient of the annual Ephraim McDowell Award for excellence in surgery from the Christian Medical Foundation International for the year 2001. He was on the American Board of Medical Psychotherapist in 1986; was awarded the Distinguished Life Fellowship of the American Psychiatric Association in 2003 and awarded the Order of the Palmetto by Governor Mark Sanford. He moved to Florence in 1965 and practiced psychiatry for 50 years and served on the staff at McLeod Regional Medical Center and following his retirement, he joined the staff at Florence Baptist Temple as Ministerial Counselor. In addition to his parents, he is preceded in death by his son, Charles “Chuck” Harley and his sister, Jean Harley Miller. Surviving are his wife of nearly 62 years, Sidney Martin Harley; daughter, Kayre H. Logan of Savannah, GA; son, Al Boyce “Tersh” Harley, III, of Charleston, SC; and grandchildren, Catherine Harley, Sidney Wells Logan and Ella Logan. In lieu of flowers, Memorials may be sent to the Frank Monroe Scholarship Fund, c/o Florence Baptist Temple, 2308 S. Irby Street, Florence, SC 29505. Funeral services will be held at 2:00 PM on Monday, August 3, 2020, at Florence Baptist Temple. Burial will follow in Mount Hope Cemetery directed by Stoudenmire-Dowling Funeral Home. Please sign the tribute wall for the family at www.stoudenmiredowling.com.

The family of Dr. Al Boyce Harley Jr. created this Life Tributes page to make it easy to share your memories.

Send flowers to the Harley family.